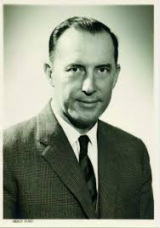 Few teachings today are as timeless as Derek Prince's Foundation Series.  This series was originally presented in seven books and unfolds, in logical order, the great basic doctrines of the Christian faith outlined in Hebrews 6 (with special emphasis on the work of the Holy Spirit).

"Therefore, leaving the discussion of the elementary principles of Christ, let us go on to
perfection, not laying again the foundation of repentance from dead works and of faith
toward God, of the doctrine of baptisms, of laying on of hands, of resurrection of the dead,
and of eternal judgment. And this we will do if God permits."
~Hebrews 6:1-3

Derek updated the series in 1987, and added an index in 1993 before its publication under the title The Spirit-filled Believer's Handbook.   About the book Derek said:'If I had only one thing to leave to the body of Christ, it would be The Spirit-filled Believer's Handbook.'   This book has become the foundational teaching material for the church in many nations and a number of churches use it as a textbook for training new Christians.   Because of the impact these basic truths have on the life of a believer, Pastor Rod has re-shared these messages, just as Derek did; in small 60 minute sections, dealing with each point outlined in Hebrews in detail.

Founded on the Rock

The Authority of God's Word

The Power of God's Word

The Relationship Between Faith and Works

Immersion in the Spirit -Part 1

Immersion in the Spirit -Part 2

The Laying-On of Hands

The Resurrection of the Dead